Whether you’ve just finished a 16 week bulk or are simply carrying a few extra pounds, for many the sole purpose of hitting the gym is to burn fat. Yet while the concept is a relatively simple one, not everybody succeeds.

Yes, your jeans may feel a little less snug and your t-shirt not as tight around your mid-section due to the calorie deficit you’ve placed yourself in, but you may also notice that the muscles hidden beneath aren’t nearly as defined as you’d like. Where are those rippling abs? What about that bulging bicep?

This can be disheartening (especially if you fall into the 16 week bulk category), and if you’re not careful you could end up on a never ending fat loss rollercoaster.

You’ll smash it for a few weeks when your motivation is at its peak, then your frustration will kick in and you’ll end up back at square one – yearning for defined muscles but just looking pretty skinny instead.

That’s because rather than just cutting that fat, you will have eaten into all that hard-earned muscle mass too.

But this doesn’t have to happen.

With the following small changes to your diet and workout routine, you’ll be shredding fat and looking stacked…

Blunder 1 – You’ve Slashed Your Calorie Intake By Too Much

To burn fat you need to put your body into a calorie deficit meaning you have to reduce your calories to below your body's maintenance level. 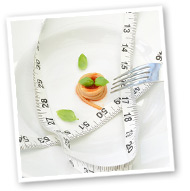 Problems arise, however, when that deficit is just too much. It makes the entire dieting process a huge chore – it’s not that great a thing to begin with – and is much harder to sustain. A large calorie deficit can also have a negative impact on your training and recovery.

As a result, decreasing your calories by too much can and will increase your risk of injury and muscle loss as your body looks to other sources of energy.

To figure out just how much of a deficit you really need, take a read at our article

When you’re trying to lose fat via a calorie deficit, your body will lose muscle but the best way to prevent this is to train heavy and hard.

Not only will this help maintain your current strength levels, meaning your muscles will be less likely to shrink, but heavy lifting can also ramp up the number of calories you burn throughout the day as it boosts your Basal Metabolic Rate.

Protein is, without a doubt, the most important macro you need to ensure lean muscle mass.

It is made up of amino acids, the building blocks of all your bodily tissues, including muscle. Without it, you simply would not be able to build or maintain your muscle. When you’re wishing to lose fat, however, many people slash their calorie intake thus cutting the amount of protein they eat on a daily basis which can lead to muscle loss.

In a nut shell, to lose fat without losing muscle you need to make sure you’re eating enough protein.

So, how much should you be eating? A good starting point is to go with what the British Dietetics Association say, 1g of protein per 1lb of bodyweight.

Blunder 4 - You Rely on the Treadmill

There we said it – it doesn’t burn enough calories and your clever body can adapt to it pretty quickly the more you do which means it uses even fewer calories for the same amount of work in the long run.

Opt for interval training instead or HIIT. These short, sharp bursts of exercise will shock your body meaning you’ll burn more calories in the same amount of time.This will in turn stimulate fat loss and boost your metabolism post workout for a long, slow fat burn.

Blunder 5 - You Think Carbs are the Enemy

Cutting carbs does not cause fat loss.

You may have seen headline after headline declaring that cutting carbs helps you “lose weight” and in theory, yes, cutting them will help you achieve this. 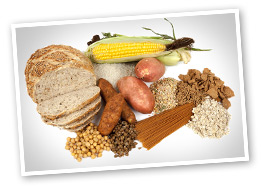 Quite simply, your hair, muscle, fat, finger nails and eyelashes all add up to the overall amount you weigh. All cutting carbs does is cause you to lose water, deplete your muscle glycogen stores – leading to lethargy – and makes you one grumpy, hunger monster!

Carbs are your body’s preferred energy source. Without them, your body will look to other energy sources, and it’s not picky between fat stores or protein stores and this means muscle loss.

This doesn’t mean you need to gorge yourself on loaves of white bread and pasta, instead opt for low GI carbs for a sustained energy release throughout the day and keep those metabolism fires burning.

Fix these few issues, and you’ll be shredding that fat in no time without wrecking your hard earned muscle gains in the process!